baking911.com user? Click here to get started on CraftyBaking.com!
How-toHow to Make Meringue

Meringue is an egg white foam used in desserts such as a pie topping, cake layers, French Macaron cookies and other types, frosting or baked into shapes to hold whipped cream and fruit. It is made by beating together separated egg whites into a foam and adding sugar, in either a crystalline (preferably superfine) or syrup form, the amount which determines whether it is soft or hard. A small amount of acid, such as cream of tartar, is included in the initial stages of beating. Adding in salt is debatable.
SARAH SAYS: Soft meringues are lightly sweetened and used on top of pies and desserts, like floating island. Soft meringues can be cooked in advance to make safe. Hard meringues are made with more sugar and are baked at very low temperatures to dry them out. They are used for shells and cookies.

There are three basic types of meringue: French, Italian, or Swiss, although the terminology is unclear and used inconsistently. Japonaise, considered by some to be a fourth type, is a French meringue with the addition of almond meal and a small amount of cornstarch. Noisette meringues, another type, are made with ground hazelnuts.

The ingredients for meringue type are similar, but the mixing and cooking or baking methods of preparation and the results are different. Meringue should never be prepared in advance. In general, the meringue will lose stability even after sitting for a short time, or about 10 minutes.

All cooked or dried meringue is susceptible to becoming soft from the moisture in the air. It should be stored in airtight in a cool, dry place. Plain baked meringue will keep for many weeks. Japonaise, and other meringues that contain nuts, which can turn rancid if stored too long. Meringue can be frozen in an airtight container.

French meringue: is the most commonly used. About 4 tablespoons (1/4 cup) of sugar per egg white are used, and is considered a hard meringue. It is best used to make cake layers, cookies, pastries, and Meringue glace. It can be piped into mushroom-shaped meringue or dessert shells and hardened by baking. The meringue mushrooms are used to decorate the traditional Christmas cake -- the "Bûche de Noel" or Yule Log Cake Recipe.(We also have the Gluten Free Buche de Noel Recipe and Tutorial).

The simplest and quickest way to prepare meringue is the French or "cold" meringue. It is produced by whisking the egg whites until the mixture has quadrupled in volume and then by adding sugar slowly, while still beating, until the desired stiff consistency has been reached.

If made and baked correctly, French meringue is tender, light, and fragile. Although, this type of meringue will not be as fine or smooth as the other types of meringue once they have been baked. It should be spread or piped immediately after mixing because the egg whites tend to separate from the sugar.

Italian meringue: A soft type of meringue that calls for 2 tablespoons of sugar per egg white, that are beaten together until stiff peaks form. It is normally used as a topping for pies such as Luscious Lemon Meringue Pie Recipe or Mini-Baked Alaskas, which can be browned with a hand-held kitchen torch or in the oven, which results in flavorful meringue peaks on top and a soft and chewy underneath.

Meringue based frosting recipes, such as the Italian Meringue or Mousseline Buttercream or IMBC Recipe, are made with sugar cooked sugar syrup, as is our Caramelized Meringue Topping Recipe. In this instance, sugar and water are heated to form a syrup, which is then poured into the beaten egg whites and whisked at a high speed.
SARAH SAYS: Making an Italian Meringue Buttercream by adding hot sugar syrup to egg whites while beating, does not bring the egg whites to much above 135 degrees F and does not fully pasteurize them or make them safe from salmonella poisoning. If, however, you bring the sugar syrup all the way to the hardball stage (250 to 266 degrees F), the whites will reach a high enough temperature, used for Divinity and similar recipes.

This type of meringue is the basis of divinity, mousse and parfaits. It can also be baked into a hard meringue or become a pie topping.

Swiss meringue: A hard meringue occasionally used for cake layers, or as a dessert topping or filling, to make buttercream or

sherbets. Our Swiss Meringue Buttercream Recipe is made this way. Recipes typically call for 1 cup sugar per 4 large egg whites.

It can be described as a mixture of French and Italian meringues. In order to form a Swiss meringue, egg whites and sugar are whisked together and at the same time, heated to a temperature of 140 degrees F in a double boiler or bain marie(waterbath) until the sugar dissolves completely. Then, the mixture is beaten until it reaches stiff peaks. (It is not safe from salmonella poisoning, as the egg whites are pasteurized if cooked to 160 degrees F with the sugar.) It is typically used with buttercream and fillings, but can also be piped into cookies or made into other shapes, then baked and dried like French meringue is.

HOW MERINGUE WORKS
Beating or whisking causes the protein in the egg whites to unfold, forming films that trap the air bubbles, and the sugar acts to stiffen and stabilize the whites, which enables it to sit longer and hold its shape better, especially when baked. Sugar pulls the water from the eggs and allows them to set better. By varying the amount of sugar in the final mix, you control how hard or soft the final meringue will be.

Be sure the mixer bowl and whisk attachment are clean and free of any grease, as it will inhibit the egg whites' ability to whip. When and how you add the sugar is important as well  -- the whites need to have already formed peaks before you add the sugar, because sugar delays the foaming process. It also decreases their volume and lightness of the meringue, if you add it too soon. Thus, sugar is introduced slowly after the egg whites have increased in volume by approximately four times so as not to prevent the albumin proteins in the egg from forming a stable mass of tiny air bubbles, a fragile network that holds the moisture in place (an egg white contains at least 85 percent water).

SARAH SAYS: When using sugar, your meringue can run the risk of getting a gritty texture. To solve this, I like to use superfine sugar(or powdered sugar when making hard meringues) because it dissolves faster than table sugar. Also, add the sugar slowly; you want to give the sugar a chance to incorporate, because any undissolved sugar will melt and make your meringues sticky and soggy. To test to see if the sugar has completely dissolved, rub a little of the meringue between your thumb and index finger. If it feels gritty the sugar has not fully dissolved; keep beating until it feels smoother between your fingers.

Acid, such as cream of tartar or lemon juice, have no effect on the volume of the egg whites, rather they help by stabilizing the foam by decreasing the pH level in the albumen, making the foam less apt to collapse. Only a small amount should be used, as too much, will impede coagulation during baking.

SARAH SAYS: Salt has a mixed effect on meringue, so add it in with the flour and dry ingredients instead. It increases the amount of time needed to beat the whites and decreases the foam's stability, although the effect is to a very small degree.

The challenge in making perfect meringue is neither to under- nor overbeat the eggs. Underbeating introduces too little air, and the batter will rise inadequately. If overbeaten (read recipe carefully for the terms "soft peaks" and "stiff peaks"), the mixture can separate. However, overbeating will cause the proteins to lose their ability to hold the small air bubbles causing it to lose volume or collapse.

Meringues are quite sensitive to the weather. On rainy, humid days, meringues will absorb moisture from the air and turn soft and sticky very quickly. You'll have more success making meringues when it is dry, or you may have to bake them slightly longer.

BAKING MERINGUE
Meringues are always baked in a slow oven(about 300 degrees F or less) to allow the slow evaporation of the moisture out of the meringues. The texture should be dry, crisp and crunchy, depending on the portion of egg whites to sugar. However, some Swiss meringue based recipes, such as Pavlova, are baked until set but somewhat soft when pressed lightly with a fingertip. If the oven temperature is too high, the outside of the meringue will dry, shrink and crack because it sets too quickly. Be sure your meringues are fully dried when you remove them from the oven; they should come off easily from the pan. If they aren't done but you don't want the outsides to start browning, turn down the oven temperature and place them back in for about 10 minutes.

PROBLEMS WITH MERINGUE
Shrinking: To prevent the meringue from shrinking from the edges of the pie, it should be spread to slightly overlap the entire perimeter of the crust. 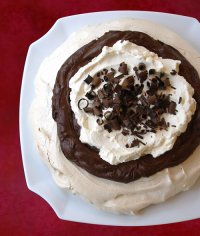 Weeping, also known as synersis: If your meringue is weeping it is most likely that your sugar syrup was not boiled to the correct temperature before adding to the egg whites. You need a sugar (candy) thermometer to monitor the temperature of the sugar syrup and it needs to be cooked to soft ball stage (120c or 248F) before it is added to the whites. The egg whites also need to be beaten to stiff peaks before the syrup is added and your egg whites may not have been whisked enough.

Any meringue topping for a lemon meringue pie will tend to weep after a day or so as the pie needs to be kept in the fridge and the slightly humid environment of the fridge plus the damp surface of the lemon filling will cause some of the sugar in the meringue to liquefy and seep out.

Beading: Undissolved sugar is the main cause of beading, but overcooking can also produce this phenomenon. Beading can be avoided by using shorter cooking times and higher baking temperatures, up to 425 degrees F. 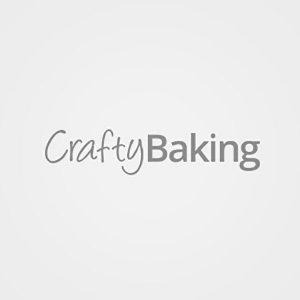 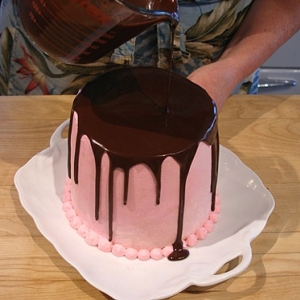 How to Make Cake Glaze

Can you use fondant patissier as the pouring...

I struggled with this recipe.  After I added...

Have you ever tried brushing the cake layers with...

How to "Dense up a cake mix"